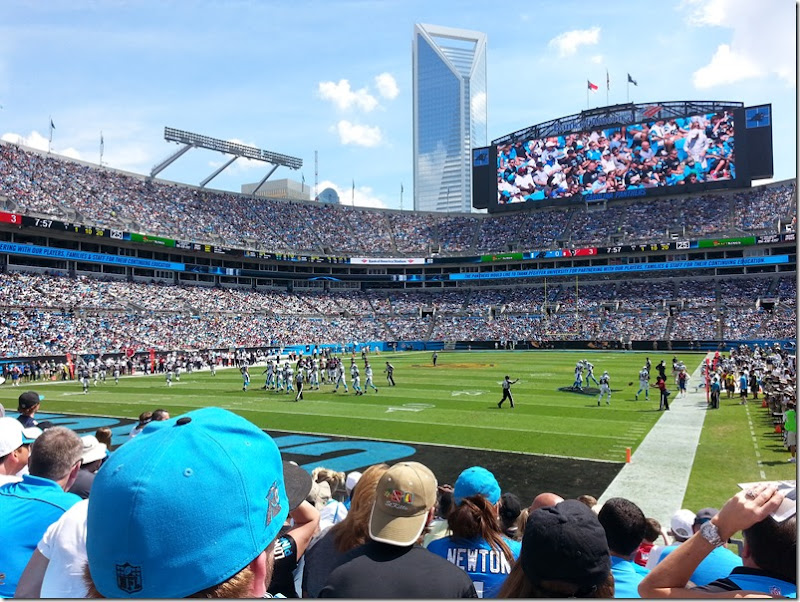 Today I got to go to my first Carolina Panthers football game in sunny Bank of America Stadium in sunny Charlotte, NC!

The last and only time I was at an NFL football game was back when the Detroit Lions still played at the Pontiac Silverdome.  Sad but true. 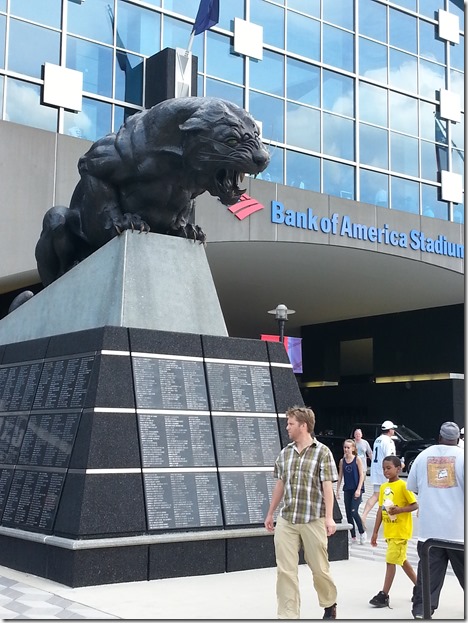 Attention Ladies!!  It was right about here that I learned something very important that I would like to share with you so that it doesn’t happen to you!  The NFL had decided for security purposes that you cannot bring a purse or handbag in with you to the game.  Of course I didn’t now know this so when I got to the gate, I wasn’t allowed in with my bag!!  Had to WALK back to the hotel and drop my purse off.  The things I wanted to bring in with me had to be placed in a see through plastic bag that they were more than happy to give me.  Too much walking in very uncomfortable but I have to say extremely cute sandals and my feet have borderline blisters.  It felt like it was 100 degrees! 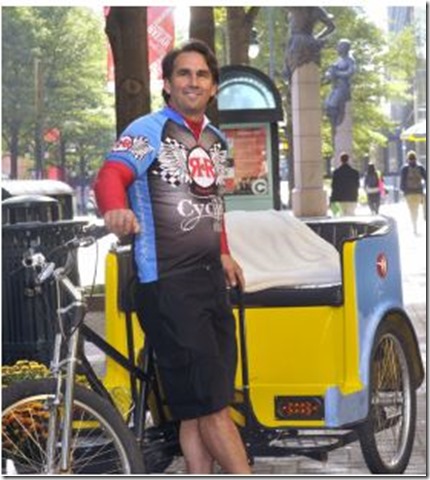 And a huge thank you to the Pedicab or bicycle driven pedestrian taxi like this one from R & R Pedicab Company.  Walking back to hotel did a number on my feet in those cute sandals I was telling you about.  So……..Rickshaw cab to the rescue!  Took me back to the stadium in no time flat for a very reasonable fee.  : ) 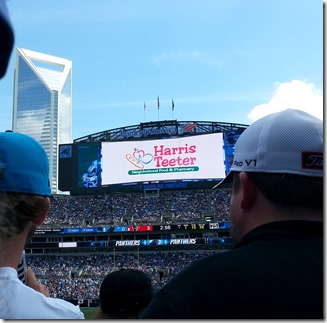 This was not a planned event for my weekend but you know I have learned and have started to embrace and love the things, people, and activities that come my way seemingly out of nowhere.  Two free last minute tickets to the Carolina Panther’s game on a very hot Sunday afternoon. Ummm….OKAY! 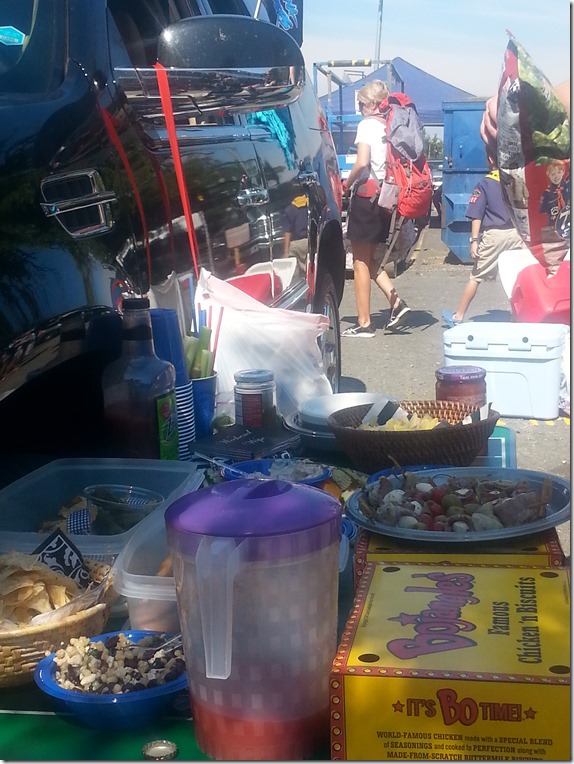 Started the morning at a tailgate.  I got to see firsthand how serious a large part of the population take their football.  And I’ll be shopping for the Zing Zang Bloody Mary Mix asap. 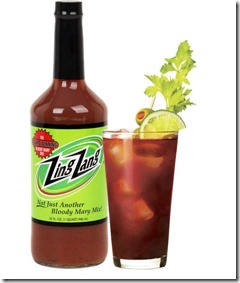 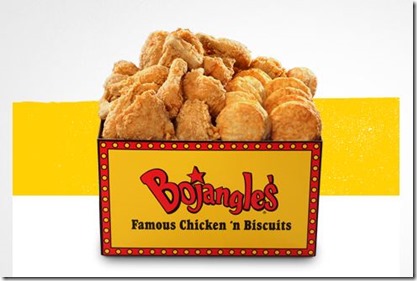 Usually I don’t really like drink mixes…..this one was awesome!

And what respectable southern tailgate doesn’t have at least one box of Bojangles  chicken and biscuits? 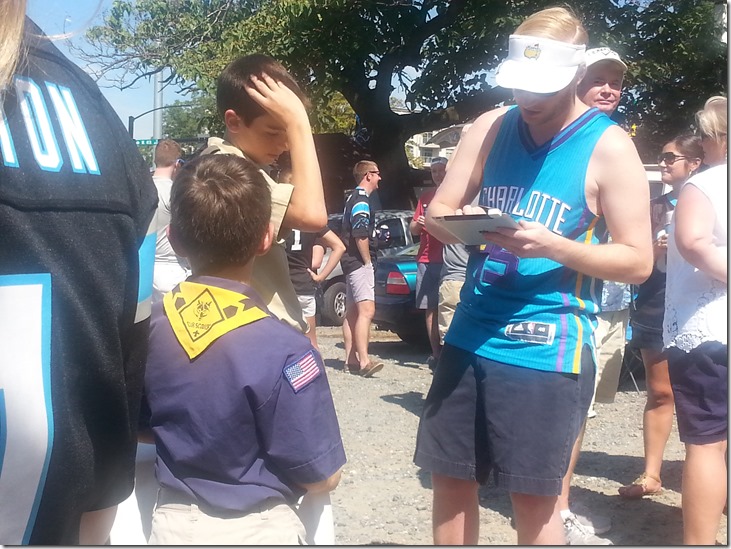 These were the smartest and most enterprising Boy Scouts I’ve ever seen.  They were selling bags of popcorn for their troop.  Fun popcorn like jalapeno cheddar!  And of course caramel corn.  Get a bunch of hot and hungry football fans who are eating and drinking to pass the time before the game starts and ask them if they want to buy a bag of popcorn.  I’ll bet they set a troop sales record.  : ) 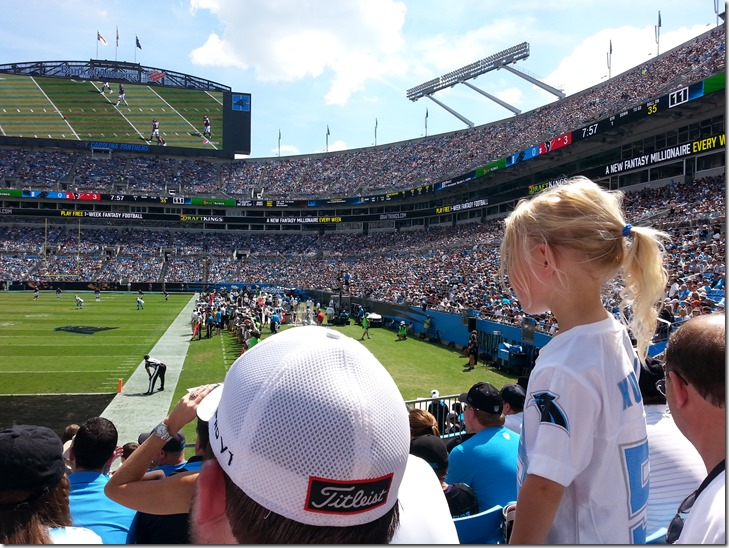 So the game was big fun.  It was way too hot….I was melting.  The Carolina Panthers beat the Houston Texans 24-17.  Took a rickshaw/pedicab back to the hotel before the game was over because feet were still a hot mess as was I from baking in the sunshine.  I have to work on my football fan skills.  They are seriously lacking.  Remember, I grew up in Michigan.  Football is a cool/cold weather sport.  I’ll get better at the football fan thing.  I just need a bit more practice.  : )

Posted by Lisa@Pickles and Cheese at 6:18 PM 2 comments: