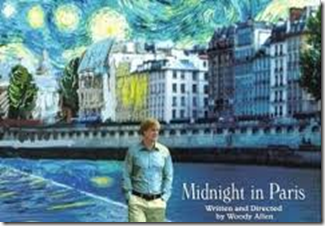 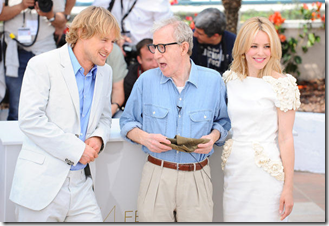 1.  We saw the movie Midnight in Paris yesterday!  We actually found a theater in NC playing it.  I was tipped off by the very nice Laura at the Ronald McDonald House in Winston-Salem the other day who saw my blog post lamenting the fact that I was probably never going to find a theater to see the film in.  She told me about a small independent theater called The Aperture in downtown Winston-Salem that was opening the film yesterday.  So, my husband and I took the afternoon off and went to the 3:00 afternoon matinee.  I would call The Aperture a boutique theater that plays unique, festival winning, independent films.  It had a nice selection of beer, wine, and delicious bakery items along with some heavenly smelling popcorn.  I am so happy to have found this gem of a theater.  Thanks Laura!  And the movie, was very entertaining.:) 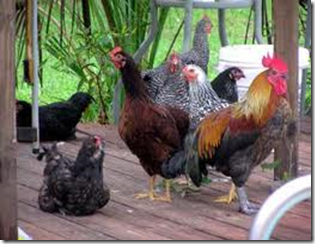 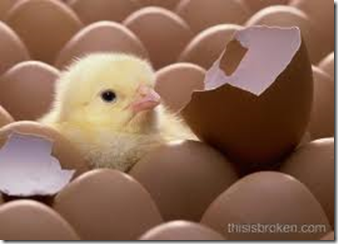 2.  Handyman #2 told me he just started to raise chickens.  He has 12.  He told us that he was forced to get 12.  The powers that be require you buy chickens by the dozen to discourage haphazard chicken buying.  They don’t want the “non-serious “ to buy chicks for Easter baskets and such.  So anyway, he asked me if I would like some fresh eggs when they start laying!  So I have that to look forward to!

3.  Did you know that you can spray paint  purses and shoes?  This just opened up a whole new world for me! :) 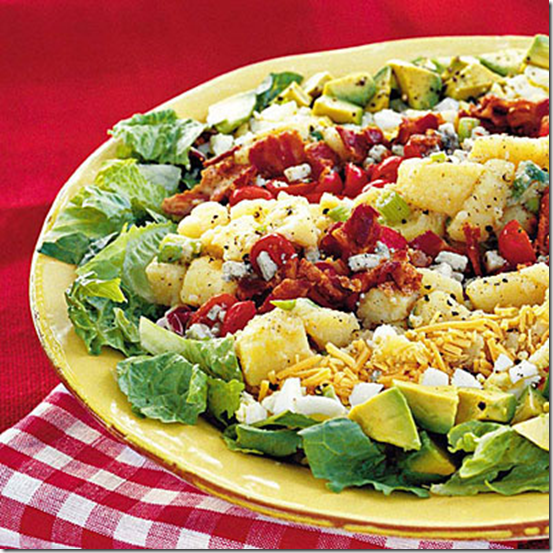 4.  Southern Living Magazine has put together a list of 36 Summer Salads.  I’ll be making one of them soon for dinner. (Potato Cobb Salad)

5.  We harvested our red skinned potatoes out of the garden. (Maybe I could add them to the Potato Salad in the photo above?)  I figured they were ready to be harvested because the top plants were starting to die off.  What fun.  Have you ever grown potatoes before?  When you did them up it’s like digging for buried treasure.  We were digging and sifting for bright red jewels.  Stay tuned, I’ll be posting my recipe for Smashed Red Potatoes in the next few days.

Another hot and sultry day in the sunny South! 94 degrees yesterday.  About the same again today.  Stay cool!

Posted by Lisa@Pickles and Cheese at 7:16 AM

I am seeing it today...can't wait, am a fan of Woody Allen movies though your movie theater sounds a lot more charming than mine! Your salad shown looks amazing, I always get the best recipes and ideas here. And chicken raising..huh? Good luck...who knew you could spray paint a purse or shoes, that really could become an obsession....look forward to hearing if you try it!

Good afternoon! I was thinking about seeing that movie, I'm glad to hear it was pretty good. I'll bet the Paris scenes were beautiful on the "big screen."

I have actually spray-painted shoes, mostly for decoration - think Halloween, ruby red slippers & witches hat ~ LOL. I've never given it serious thought for wearing though. Thanks for the tip!

Have a wonderful weekend and enjoy those fresh eggs, there's nothing like 'em!

So happy to have found your blog and this movie. I'm headed to W-S for a respite and now have something else to anticipate.

How nice that you got to see the movie! The theatre sounds like it would have some wonderful shows to see.

I will have to look out for this movie. It's soons good. The eggs sounds good also.

Thanks for sharing the salad list! I"m looking for a new recipe to try this summer! :)